Emerging Artist Showcase at Arthouse on R in Sacramento, CA

My name is Ember de Boer, my studio practice is inspired by an inclination toward geometric form, the deconstruction of materials, and an obsession with texture. Elemental Traces focuses on physical connection, and the power we have as individuals to imbue overlooked material with value. These works speak to our environment, and how we internalize our dynamic relationship to it. These sculptures are made from material that would have otherwise been discarded. Over time an artist or a friend held on to these little pieces and saw their aesthetic beauty no matter how small or slight. They cherished these remnants but ultimately went unused leading them to be gifted to me; they come from far and wide, and are transformed into sculptures I call elements. Little traces of sentimental moments that have been reused and turned into something with lasting purpose.

The work is an example of how we can generate an aesthetic that aligns with our moral values. Acts of external creation are inherently acts of self-creation. When I fabricate art that touches on the environment, I am creating in a way that expresses a connection to my deepest desires. It is also an example of how we can incorporate upcycling into our lives. Beyond just physical materials; there is joy in seeing the beauty in something everyone else has overlooked, and highlighting its unique qualities, giving it new life and purpose. I encourage you to imagine the many ways we can use this aesthetic to enrich and expand our idea of what has value, and how we can imbue these things with purpose simply through intention.

Welcome to the content of my work; when expressing myself through abstraction, form, and texture I feel an increased sense of responsibility to provide context for the work, and the ideas I imbue my creations with. To be clear, I don’t expect to direct you on how the work should impact you or to offer a “correct” interpretation, but rather to show you how I visually explored the material and inspiration surrounding the work, and give you pathways to access my meaning and identity through these concepts. Created from a negative event, into a polished stone…

One early spring morning, sometime back in March, I arrived at my car outside a local gallery and noticed that my window had been broken in. Lucky for me, they stole a truly empty purse and nothing else. However, being the avid collector I am, my attention became the glass. I mean it was the most immediate issue to deal with either way: it was everywhere.

Now its here, a truly strange day turned into this lovely form. This work reminds me of the environment of a city, crime, smog, and the cycle of events that happen on a city street. Moss collected on a hike on the Pacific Northwest Trail near Donners Pass. With the help of Jordan Olea and spare backpack pockets, a small bag made it home with me. Fragments of holographic glass and mirrored glass graciously gifted to me by Genesis Torres. The glass was a gift from a sentimental friend that Genesis knows who is living in  Thailand. Lichen collected from a charming wooden bridge the backyard of Marie Dixion’s studio. The texture is also accumulated on the structure of a wooden decorative ball that was resuced from the trash along with other styrofoam and materials from an artist studio who passed away. The material from this piece is unique, I personally traveled to Scott Parady’s Cobb Mountain Art and Ecology Project to help scrape the shelves of the chimney woodfire kiln they use on his property. This particular firing caused a lot of lavender hues on the ceramic pieces, the terracotta hues are chips of the broken  shelves peaking through.

I was gifted a small jar of blue glass by Grace Tuthill and used it on an earlier piece from last year Relics which won “Best Use of Materials” in the Climate Justice= Social Justice Show at CSUS this spring,  and decided to return for more early this year. The chimney, and plume smoke of a woodfire emulates what I imagine the vents on the Ocean Floor must go through. This piece is here to remind us of a beautiful and precious environment what we cannot see.

MINING VENTS ON THE OCEAN FLOOR The blue glass in this piece is a diverse color pallet. The glass comes from a former class mate who gifted me two already chipped ornamental dessert plates. The Mediterranean blues come from glass i found in Goodwill, remnants of daily routines. This idea is present in all my pervious glass work; I have an attachment to the idea that we imbue objects with energy and meaning by how we interact with them.

This piece has me imaging a polar bear endlessly treading water in a desperate hope to find the last iceberg.

The title of these works, all together is Archimedean Instrumentalism.

Individually they serve as tragically beautiful reminders of different environmental scenarios that need attention. Without context they are textural studies, explorations of the boundaries and possibilities found when making scraps the medium of my sculptural practice. All together though, they make a play on concepts;

Plato invented/discovered mathematical shapes, and according to him, math was Truth. He believed that the perception of physically reality was illusion, and that mathematical principles were the reality of the Universe. Later on in history  Archimedes furthered the mathematical principles that defined these shapes further. While there are 13 mathematical forms in total, Johannes Kepler at one point attempted to relate these mathematical ratios to the distance and position of the planets. Rendering a connection between these theoretical shapes and a larger element of our Solar system.

Instrumentalism is, a pragmatic philosophical approach which regards an activity (such as science, law, or education) chiefly as an instrument or tool for some practical purpose, rather than in more absolute or ideal terms. Meaning, when scientist’s use something instrumentally its because they may or may not believe is how something is in reality but rather it is an effective tool for making predictions whether its true or not. (This work is a convoluted sassy retort at the absurdity of Plato’s idea of “reality” that jokingly comments on our perception of “truth”.

So there are seven sculptures, for seven planets. Crafted in geometric shapes that are made out of nature, sentimental moments, and overlooked beauty to make a point about what reality is or rather what it should be about. This piece touches on many things for me; it relays my experience of California since I have moved here. A troublesome three years in the history of the environment, the United States, and the global fight against COVID19. It also says something about the history of California that cannot be avoided either.

Water gives us Life and Vitality.

Gold is part of the Western Origin Story.

The Land is endlessly Scorched by flame.

Tragic beauty is what comes to mind, that mankind’s ego and priorities are “Adrift” on a river going downstream. If we do not collect them , and pick up the pieces just as miners collected gold, and if we do not take them and imbue them with value and intention then we can expect our future to be lost and Adrift as well. Not to mention, this metaphor extends well to the negative impacts of searching for real gold, and proverbial gold, in that you can bleed the environment and resources around you until they are drained entirely. A friend once posted a beautiful sunset during the fire season, and left the caption “These end of the world sunsets be hitting different” which is the effect this piece of art has on me, its the essence this work is birthed from; So might we learn from how we have utilized the recourses we harvest and how to nourish their sources? 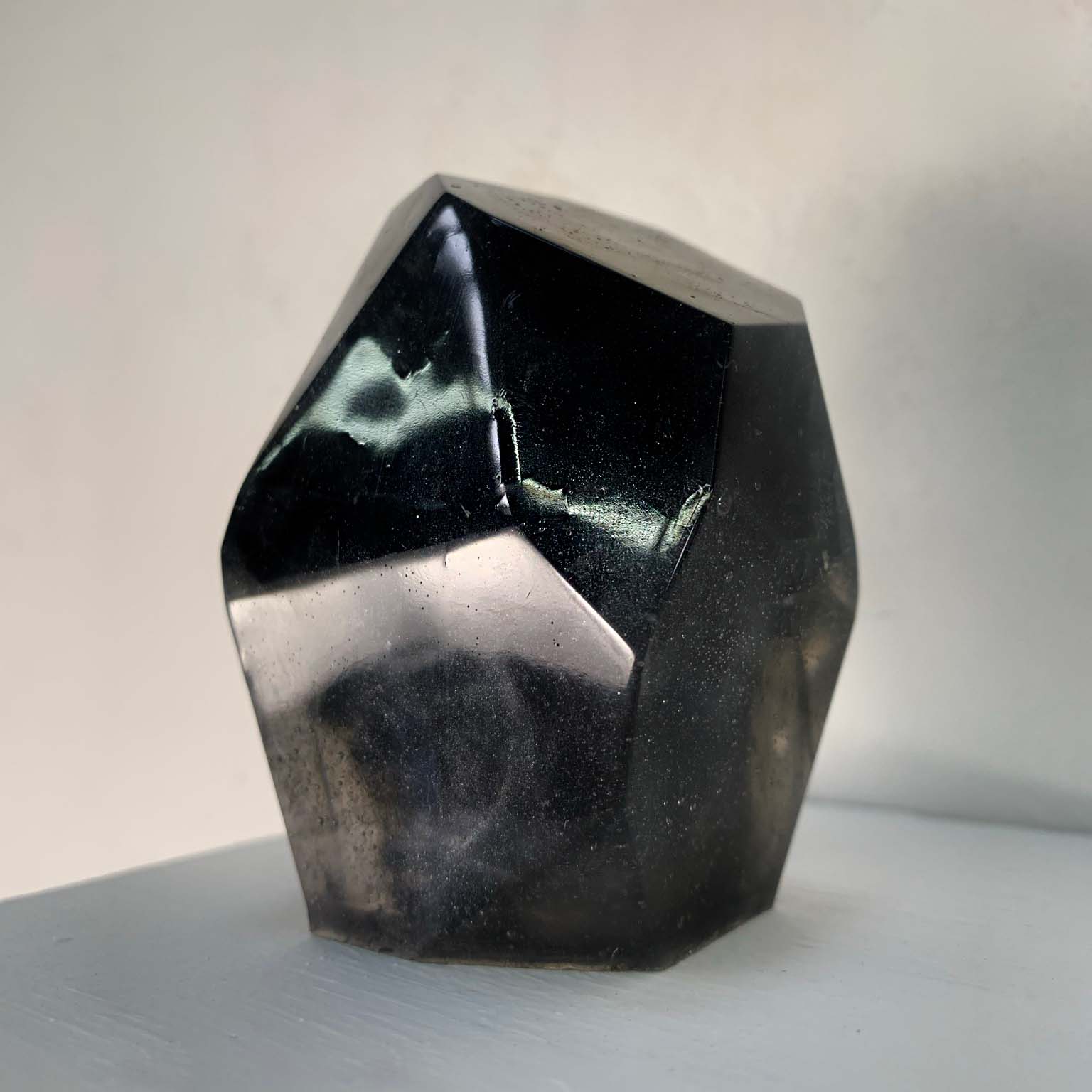 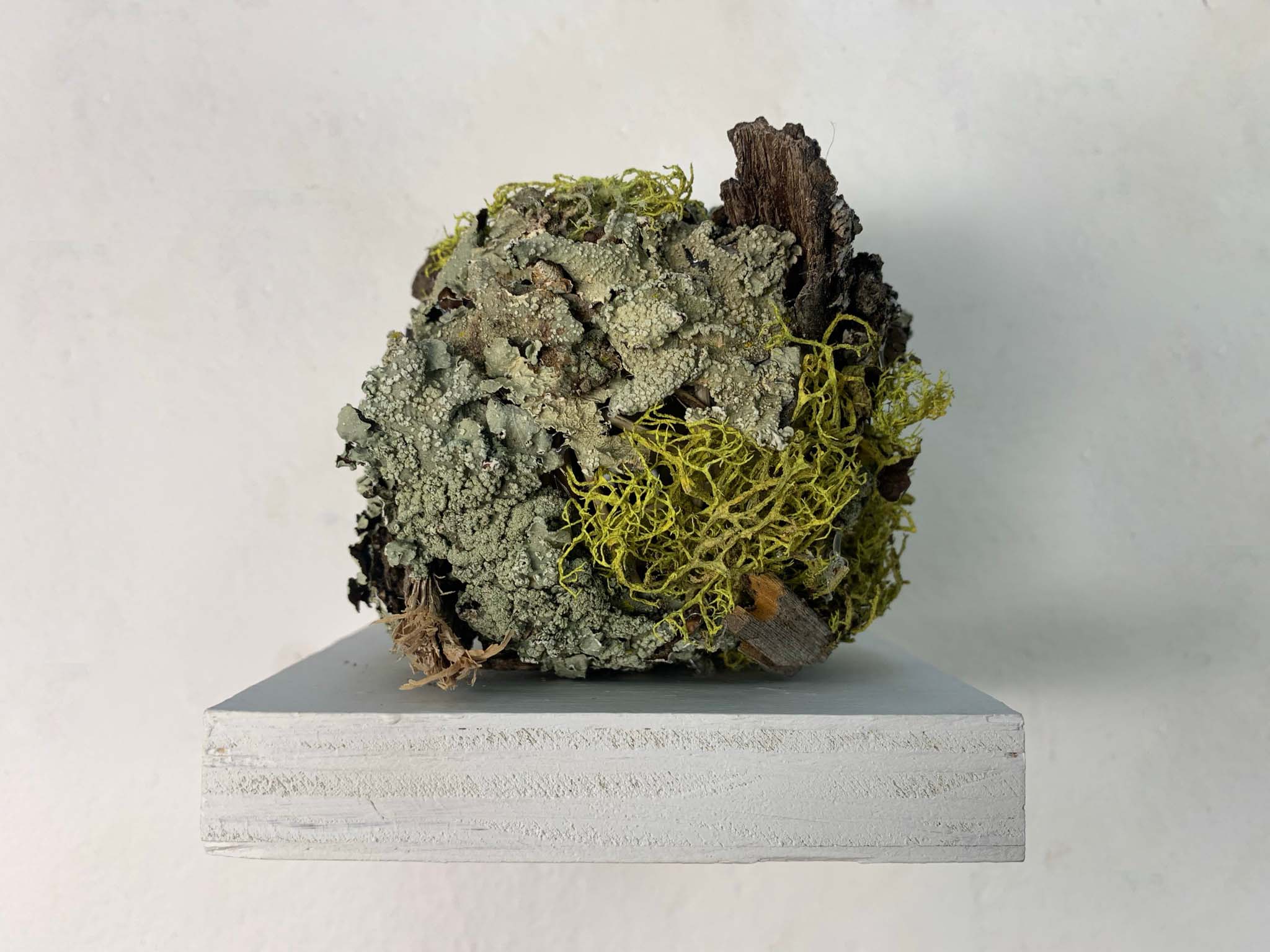 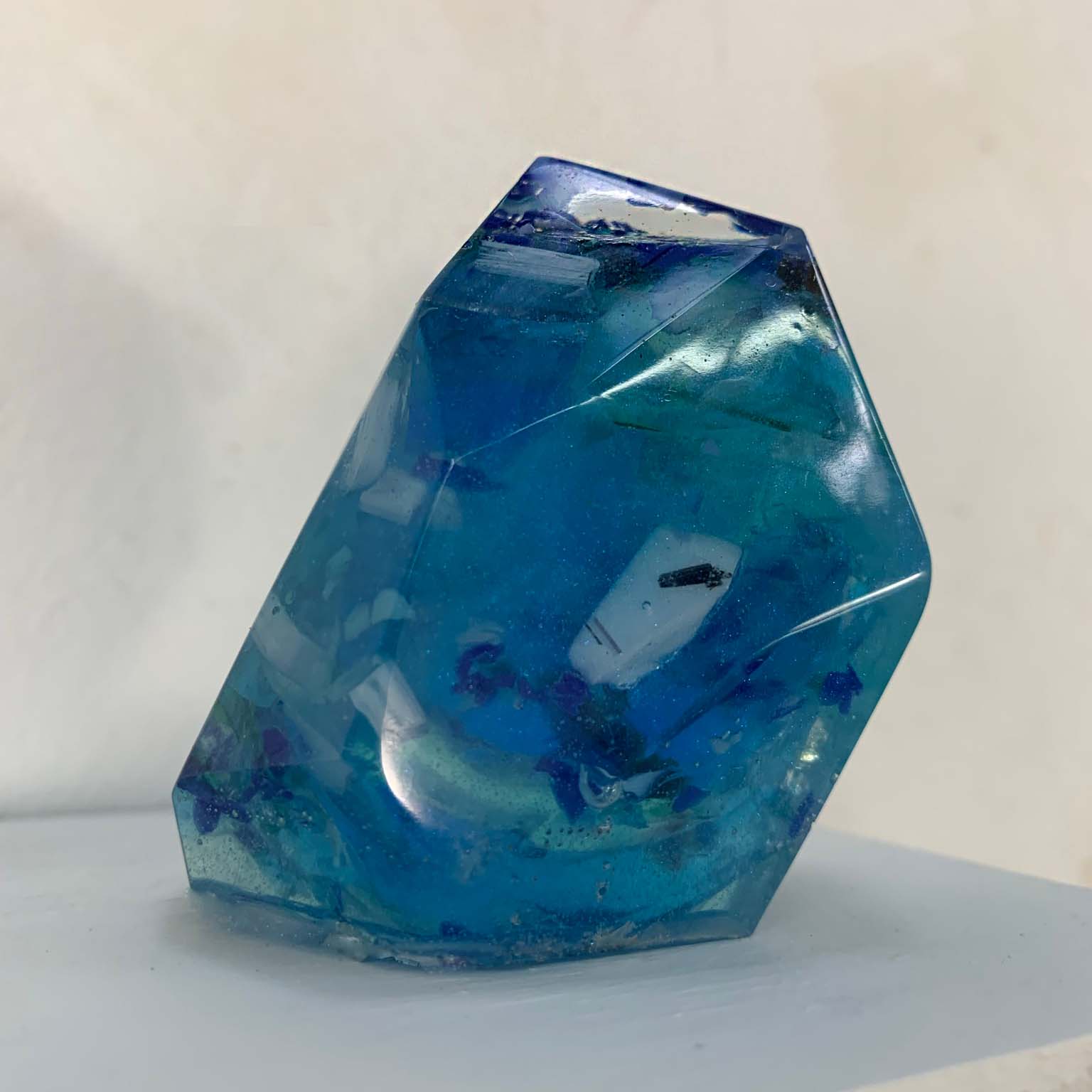 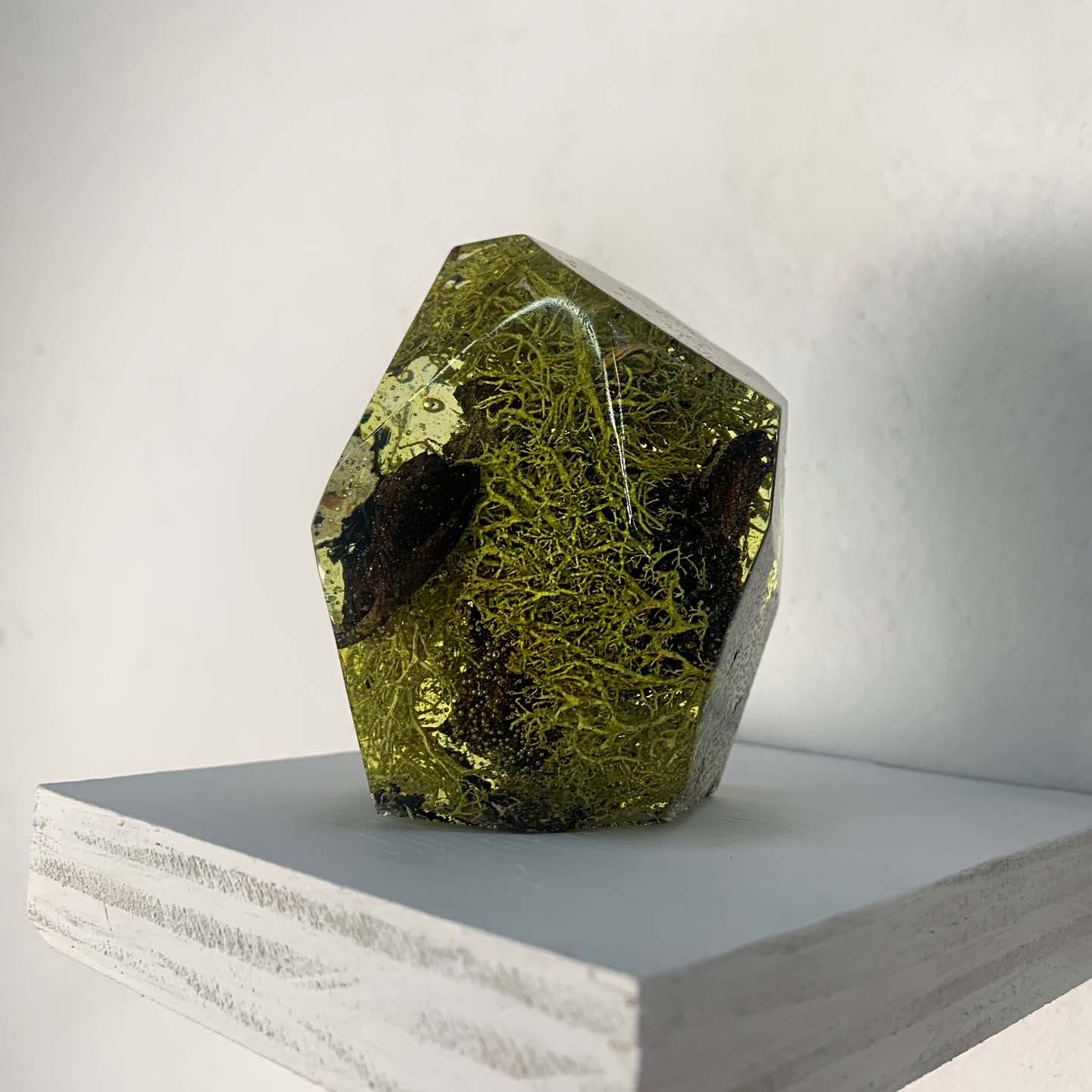 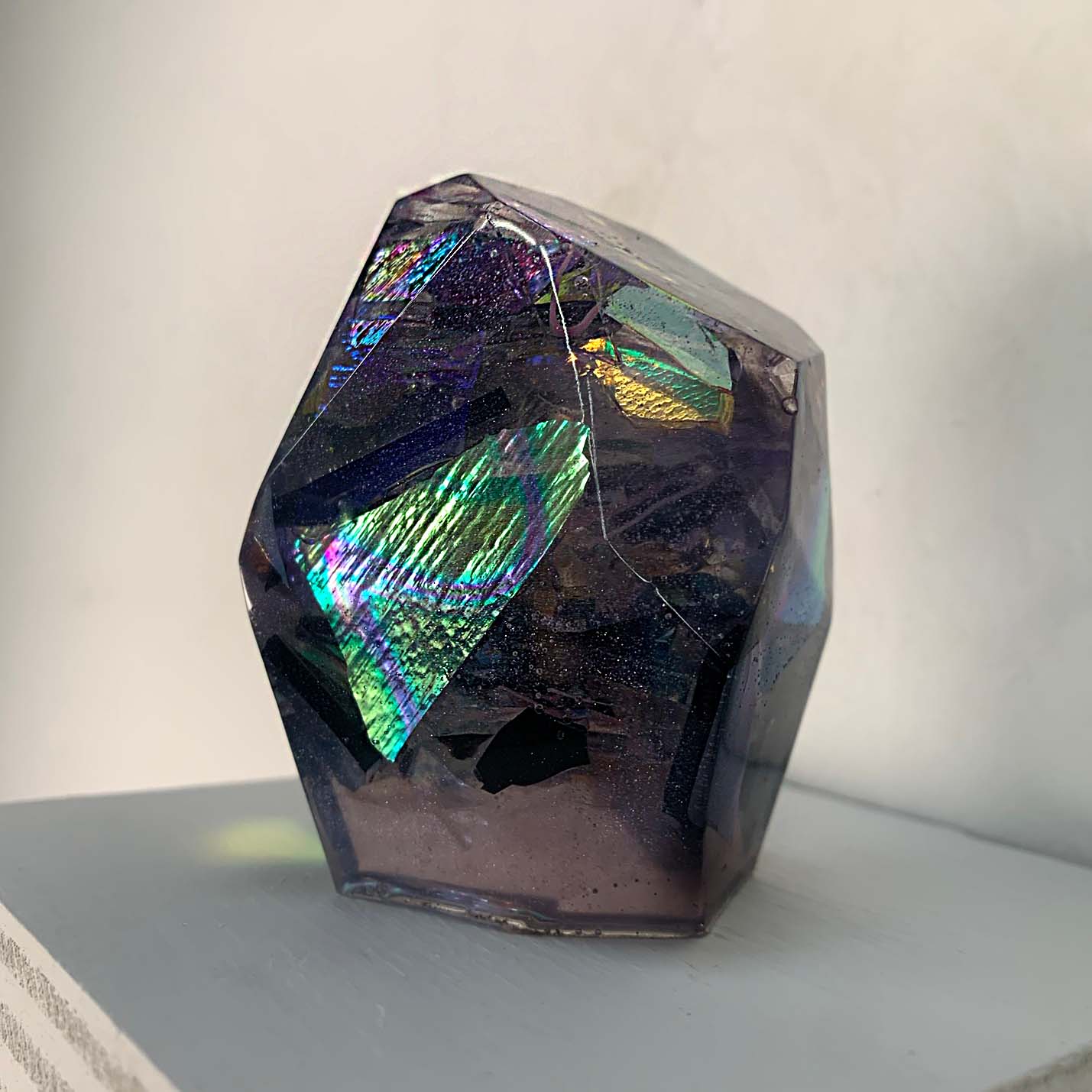 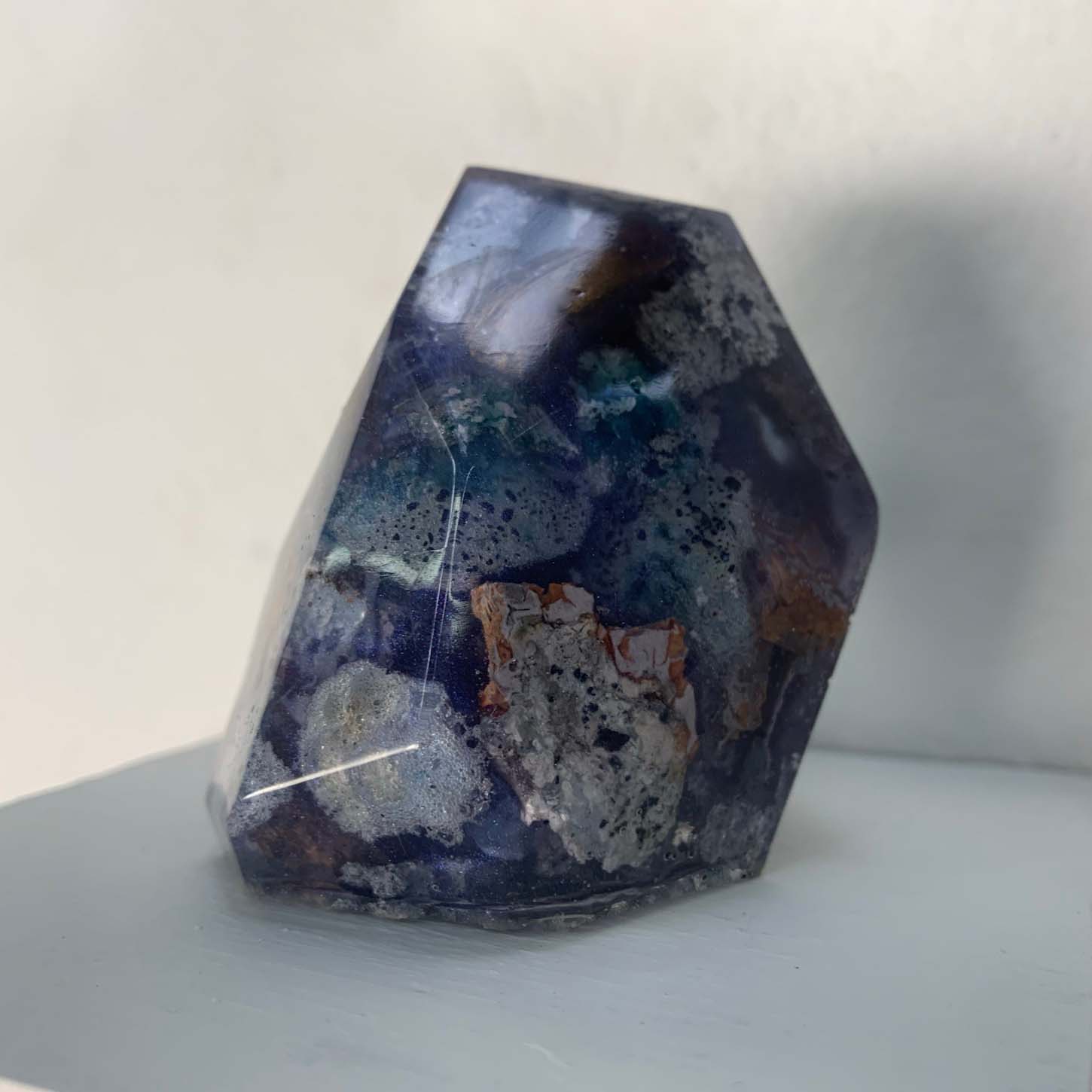